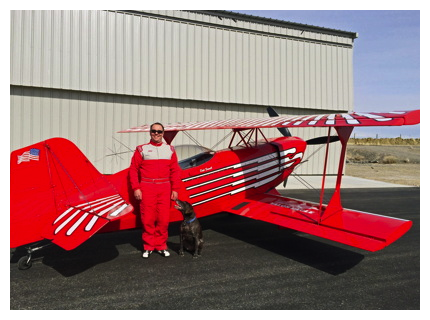 When Dick Fennell left his Ontario, Canada truss shop to start fresh in Wyoming, there was no doubt he would retain Wood Tech Systems as an equipment supplier. In fact, he credits Jay Halteman with the idea of setting up in the U.S. West. “Jay is the reason I’m here!” he said, explaining Jay knew of a shop for sale and suggested Dick make an offer in 2006. In the end Dick bought land and built his company from the ground up, but Jay helped influence the decision like only a true partner would.

“The single biggest value proposition is Jay’s consultative sales approach,” says Dick, a quality that delivers value time and time again. “Sometimes there’s nothing in it for him. But regardless of the outcome he’ll try to solve your problem,” he says.

The now 30-year relationship began when Dick was relatively green in the truss business. “In the early years Jay would direct my attention to a new product he thought would help my operation. He’d present it as an option and then I’d do my own research to validate his work. Sure enough, he was right every time. I stopped wasting time doing homework.”

As Dick’s needs shifted since his move to Wyoming, WTS realigned their services accordingly—like providing on-demand connections to used equipment. “When I opened Diamond, Jay connected me with an operation in Tennessee that was going out of business. I bought all my machinery out of the deal, which made me very happy because I needed to get the doors open!”

The longstanding relationship has grown from strictly business to an inseparable mix of business and friendship. “Somehow our lives have become intertwined in a way I can’t really separate anymore,” says Dick. On one memorable occasion Dick, and avid aerobatic pilot, took Jay for a ride. “I’m flying him around, turning upside down, really giving him a show. He was very shaken when we landed, and I learned he’s not a very comfortable flyer!” The experience yielded a t-shirt that reads, “Sit down, shut up and hang on.” Descriptive of not only their friendship and a fruitful three-decade business partnership, but also the peaks and valleys of small business.