How is the Restoration of Notre Dame Going? 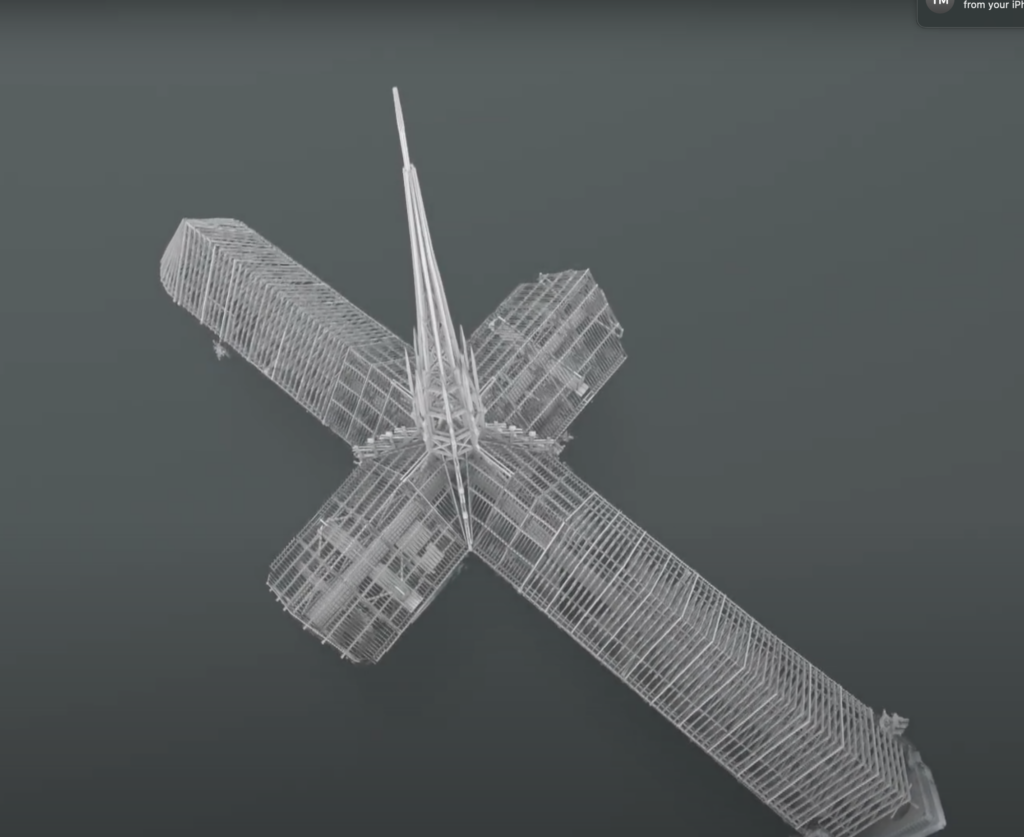 It’s been 3 years since the massive fire ravaged the church.  France vowed to restore it to its original glory, with a deadline to have the church finished prior to the start of the Paris Olympics in 2024.  Progress has been slow because:

The fire released lead dust.  That clean up took up most of 2019 and 2020.  2021 was spent reinforcing the walls and buttresses to safely support the lateral forces.

The first photo shows the BIM for the proposed recreation of the roof and spire structure.  France has committed to recreating the same timber roof, attic and spire structure using trees from the same forest in Sarthe, FRA, 7 hours south of Paris.  The forests near Sarthe provided the original timbers used to build the cathedral centuries ago.

Because the logs from that forest are so large, the contractor responsible for sawing the logs had to increase his facility and material handling systems.

Special scaffolding had to be designed to avoid the many statues and decorative stonework, while allowing craftspeople to be within arm’s reach of the work.

There is salt damage to the original stone.  Craftspeople are having to parge the surface of the stone with a paste that absorbs the excess salt, then remove the paste after it hardens, so that the stone can be cleaned.

The second photo shows the difference between the fire-damaged stone and the cleaned stone.  The clean stone is probably how the interior looked back when the cathedral was new. 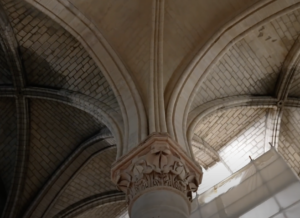 The cleanup crew found undocumented human remains and archeological finds when cleaning up the fallen spire debris inside the church’s apse.  Those artifacts need to be excavated and archived quickly; that is the area where they will be placing the scaffolding for the spire reconstruction.