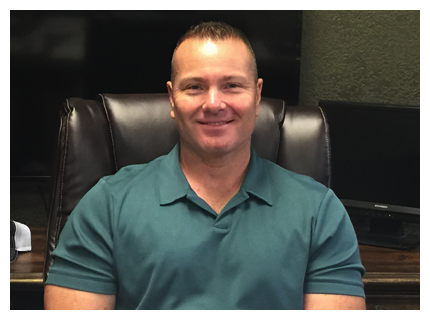 Casey Collum knows a vendor relationship going on 20 years is rare. It started in ’99 when he and his father opened Empire Truss. “I started working with Wood Tech Systems because of Jim [Mavrakes]. He was one of the first people who stopped by. So I like to say wherever he goes is where I go,” he laughs. As a recent college grad and newcomer to the component business, Casey trusted Jim’s advice because of his longevity in the industry and the way he understood their needs as a start-up. In those first years when setups were experimental and purchases had to be carefully budgeted, Casey trusted Jim’s thorough research and instinct. “He would come in, look at what I had, evaluate the potential return, and present lots of options. Then I’d always ask his opinion, and he’d give it to me straight. I never felt like he was trying to sell me,” Casey says.

Fast forward two decades. As a mature operation, Casey’s needs are now mainly growth-driven so when he needs to buy or sell a piece of equipment there’s usually urgency behind it. “Jim can always find what I need at a reasonable price. And he’s responsive!”

When Empire sold to Builders FirstSource in 2014, Casey committed to staying on as Vice President so he could be loyal to the partners he’d come to trust and respect during the rise of the business. “Other vendors don’t have an advantage on the service side, the price, or really anything. I’d prefer to work with Jim and Wood Tech Systems.”

“If I were going to recommend a broker to someone starting in this business, I’d say Jim is your guy. He’s honest, he’s very responsive, he cares about your success – that’s a big deal!”